Wedding Crasher: A Praying Mantis Lands on Bride’s Head and then grabs a bite for lunch on her bouquet! 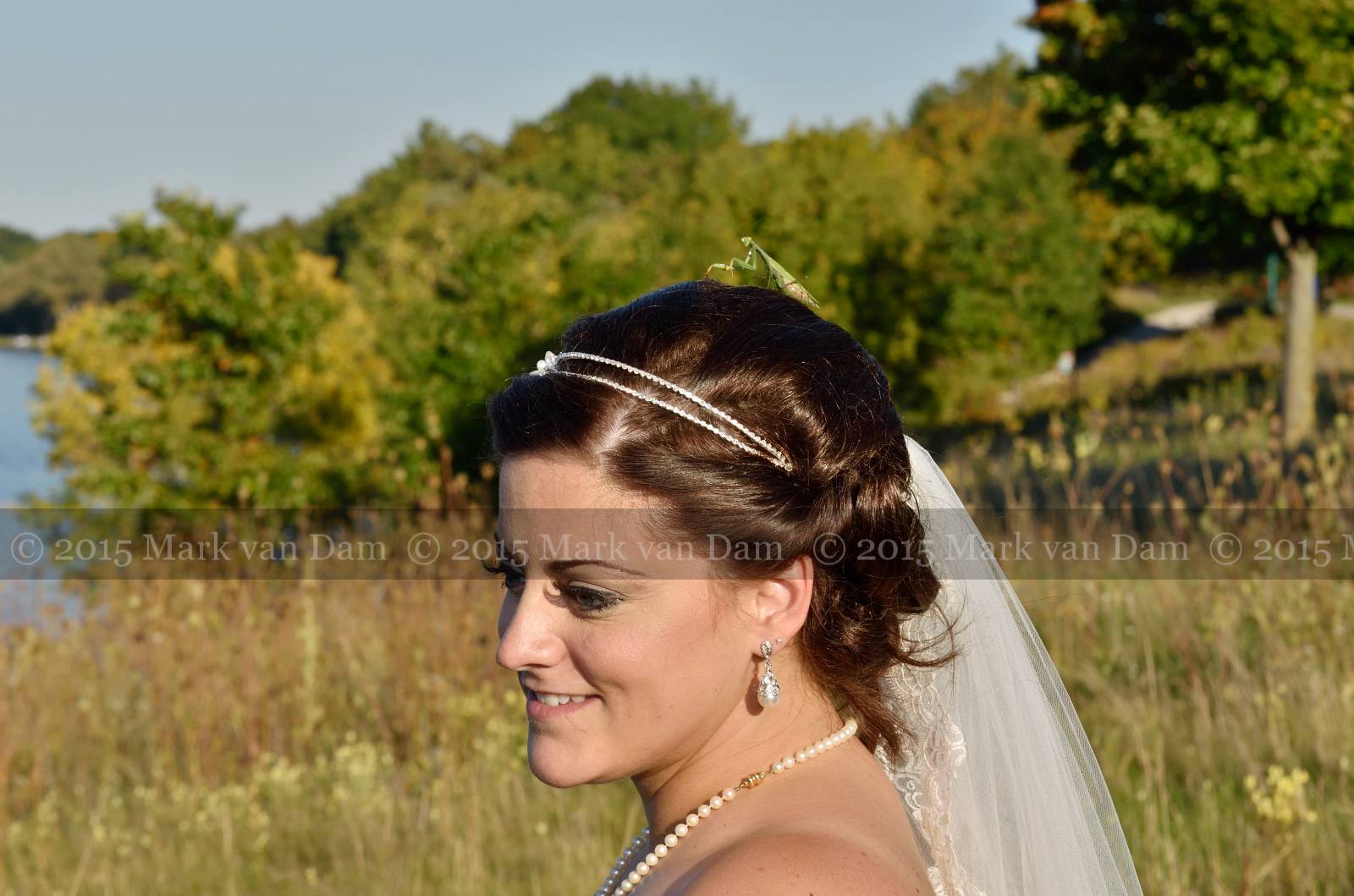 Wedding Crasher: A Praying Mantis Lands on Bride's Head and then grabs a bite for lunch on her bouquet!

Most people have heard about the movie Wedding Crashers, but I’ve often wondered how frequently this sort of thing happens.  As a wedding photographer who’s been shooting for 15 years, I’ve to a tonne of weddings, yet I can only recall 2 instances of wedding crashers making an appearance and they were quickly escorted from the premises by groomsmen in one case, and by the bride’s father in another.  It was a delight, therefore at Stacey and Adam’s wedding at the Southshore Centre in Barrie, that an unexpected green visitor showed up.  In this case, no one escorted him/her out, although of course that may be the advantage of being a praying mantis as opposed to a drunk and loud wedding crasher, but instead we watched as he lingered on Stacey’s hair and then nimbly landed on her bouquet where he took up perch for a couple of minutest