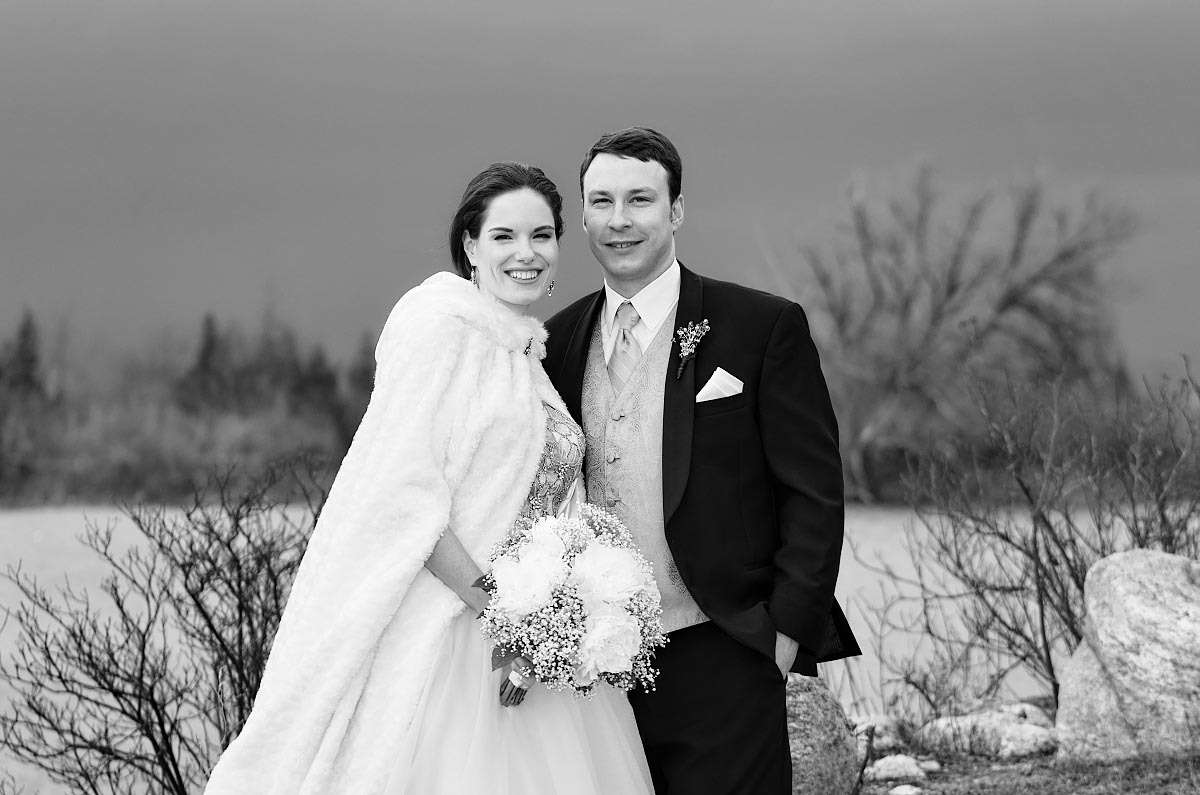 Jen and Mike chose Cranberry Resort in Collingwood for their winter wedding on December 27, 2014.  When you get married in December, or any month for that matter, you never know what kind of weather conditions you'll have.  I've shot winter weddings in December with deep blankets of snow and I've also shot warm, balmy weddings at this same time.  For Jen and Mike, we had brisk winds with gorgeous deep blue storm skies in the distance.  Although it was chilly, Jen, Mike and their wedding party did an amazing job of looking stylish in the conditions.  By the time I was back up at Cranberry on December 29th for another wedding, we had a wintery blanket of snow.  You just never know!

For any wedding, I like to create artistic versions of images that match the atmosphere in the photographs.  Let's have a look at some of the artistic looks I gave to these images.

For this portrait of the bride and groom, a contrasty and bright black and white conversion was chosen, with priority given to keeping skin tones bright and punchy.  Sometimes simplicity is the best. 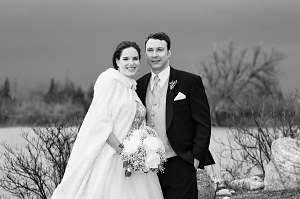 For this next portrait, of which I'll show several image variations, I started with a colour version followed by a black-and-white version with only the bouquet left in faded colour.  I then created a look called blue crush which really accentuates the blues in the stormy skies while also subduing other tones. 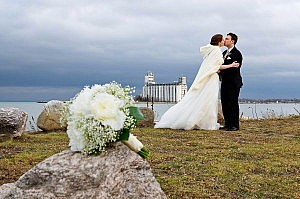 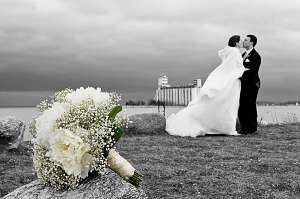 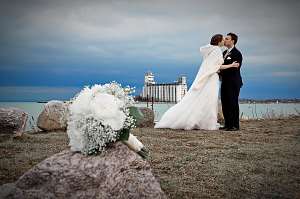 Another example of the blue crush look, featuring the beautiful bride and rich stormy skies behind.  My standard colour version is followed by the artistic version. 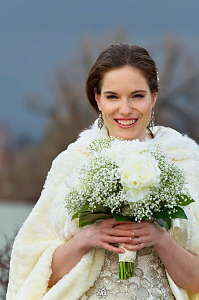 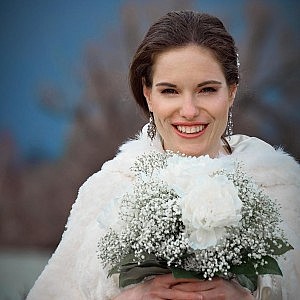 And finally, some vintage versions of images.  I hope you enjoy them! 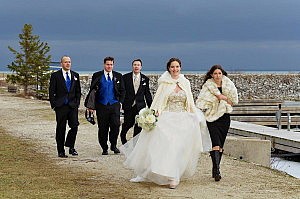 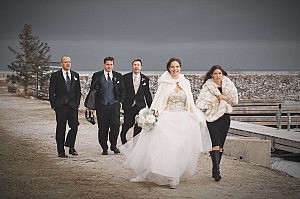 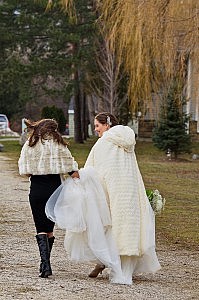 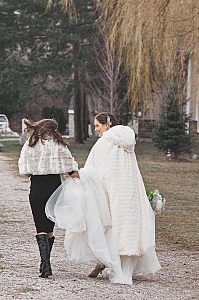 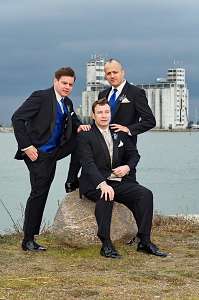 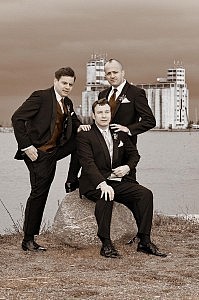